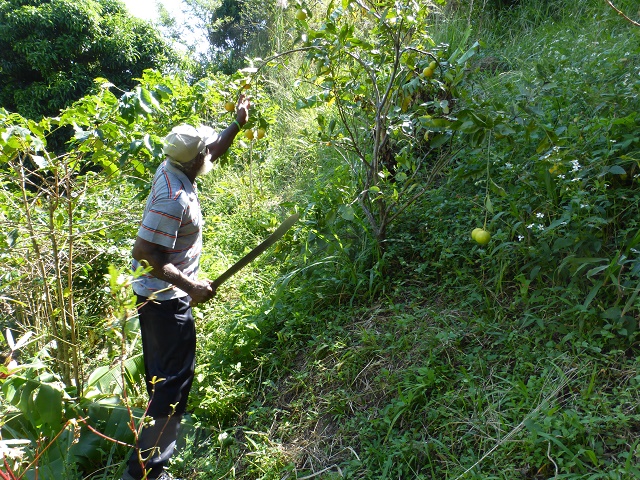 In 2016, the newly elected Jamaican Government set out an ambitious target of achieving 5% GDP growth in four years. To much public surprise, in the third quarter of that year Jamaica recorded an impressive 2.2% GDP growth rate, the strongest real GDP growth estimate in nine years. The Agriculture sector contributed significantly to this achievement with the sector individually experiencing an estimated real GDP growth of 28% over the previous quarter.

It is important to note, however, that this unusually high growth in the industry has been attributed primarily to improved rainfall after multiple years of extended drought. As a result, while this tangible growth in agricultural production has been undeniably beneficial, real and sustainable expansion of the sector continues to require a departure from the status quo of industry operations.

Agriculture continues its legacy as a critical sector of the Jamaican economy, employing almost 19% of the population and accounting for 9% of GDP. But accelerating the development of the sector is complicated by the predominantly rural and resource-constrained environment in which it operates, which makes it costly to effectively reach and serve the agricultural communities across the island. One impact of this constraint is the difficulty of maintaining up to date records on agricultural activities that are necessary for effectively targeting support and information at those that need it most.

Slashroots extended its ongoing collaboration with the Rural Agricultural Development Authority (RADA), the Government arm responsible for providing extension services and managing farmer registration, to assist in addressing this problem through the Agriculture Digital Services (ADS) research project. The ADS project sought to explore how “openness” could be applied to assist in overcoming structural challenges that constrain efforts to close agricultural data gaps and improve decision-making. In reflecting on this challenge and emergent work on the importance of data infrastructure and digital services, the SlashRoots team developed a theory of change positing that data collaborations, built on shared open infrastructure, can improve accessibility of data and distribute the burden of data collection across multiple actors leading to increased information usage and the creation of higher quality data assets and information services.

This workshop kicked off a series of stakeholder discussions with farmers, data collectors, data managers (and custodians) and data consumers across the public and private sectors aimed at understanding how to design better interfaces for accessing agricultural information. To complement these user interviews, the research team undertook independent service trials of the data-requesting channels identified by participants to gain first-hand understanding of the user-experience when trying to access agricultural data. Furthermore, the team mapped out the broader policy environment which informed data publishing practices and citizen’s privacy rights in the Jamaican context and reviewed comparative approaches in Argentina, the United Kingdom and Europe.

While much of the work is still underway, we are excited by the insights and user response to the findings of the project thus far. This blog post forms part one of a three-part series in which we will be sharing the key insights and lessons learned from our work thus far re-imagining Jamaica’s agriculture infrastructure. In the next blog I’ll focus on the key findings from our stakeholder discussions that informed the redesign of HarvestAPI and prompted the need for a data policy.

By Matthew McNaughton, Executive Director of the SlashRoots Foundation, a civic tech non-profit building technology and communities to address development issues in the Caribbean.